HOW TO START A SPICE BUSINESS IN INDIA?

The spice industry in India is one of the most sought after ones. Not only does the local Indian population depend on it but also the whole world for the exquisite taste and quality of our spices. In a space like this, a spice business is most likely to flourish provided the process and challenges are dealt well with. The Indian spice market is estimated at 40,000 crore rupees annually, the branded sector occupying only 15% of it.

To start off, a business goes beyond the passion for business and capital. Spice businesses tend to flourish here anyway. A successful business needs to look after its legal standing, purpose, market trends, consumers it would be catering to, foundation, etc.

This article is going to address four major questions- how to start up a spice business, the different types of spices, the country that is the largest exporter of spices and how the spice industry looks and will look in India.

Steps To Start A Spice Business

First, the aspirer must decide of the spices he or she want to sell, then find a market that he or she can buy good quality spices from, inexpensively. Further, you must decide where you want to sell it. Like mentioned before, spices from India go overseas. India is known for exporting pepper, chilli, coriander, ginger, turmeric, fenugreek, celery, cumin, cardamom, fennel, vanilla, nutmeg, mace garlic and tamarind. majorly, these are imported by the United States of America. nevertheless, it also distributed to China, Vietnam, the UAE, Malaysia, Saudi Arabia, the United Kingdom, Germany, Sri Lanka and Singapore. If not overseas, a local business doesn’t do harm either. In fact, it could be easier and relatively cheaper to manage.

Further, go about the registrations of your company, trademarking its brand name, Agmark and FSSI license, trade license, GST registration, etc. For export, one is required to have an IEC code and RCMC from SPICE BOARD OF INDIA.

How Many Types Of Spices Are There?

The first thing to remember is that herbs are not spices. Spices may vary from the origin. examples are salt, chilli, turmeric. these ingredients are used to flavour food but aren’t herbs. Spices are best sold in powdered form as the lack of time in a common man’s life makes it difficult for him to powder the spices at home. Therefore, it has been noticed that powdered spices are most likely to make a sale.

Here are some popular Indian spices people trade in-

Which Country Is The Largest Exporter Of Spices?

Indeed, India is the largest producer, consumer and exporter of spices as it sends out 75 varieties of spices out of the listed 109 by the International Organisation for Standardization.

Here’s a list of spices international markets import from India-

Is The Spice Business Profitable In India?

It is considered that small investments in the spice industry could give more than benefitting rewards. this is so because spices and their variants are increasingly growing in their demand not only for flavour but also for their medicinal value. People are constantly looking for spices that make cooking easier for them.

If margins are kept high enough, 50,000 rupees of investment in the industry could give a profit margin of 50-70% with less than 10 employees at work. 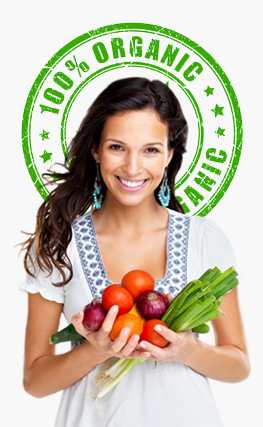